This was published in HFM-CTA Intelligence magazine in February 2020. Link here.

As the decade draws to a close, we note a quiet but staggering milestone – the world consumed more than 100 million barrels of oil per day. In addition, the shale oil & gas revolution in North America has upended the established geopolitical order in which the US is a price taker and is compelled to intervene in far-flung places out of self-interest. In 2016 the Saudis tried to flood the market but failed to decapitate shale production. Since then OPEC has been playing defense by cutting production and biding its time in waiting out the storm. Beginning in 2020 that strategy may finally bear fruit. 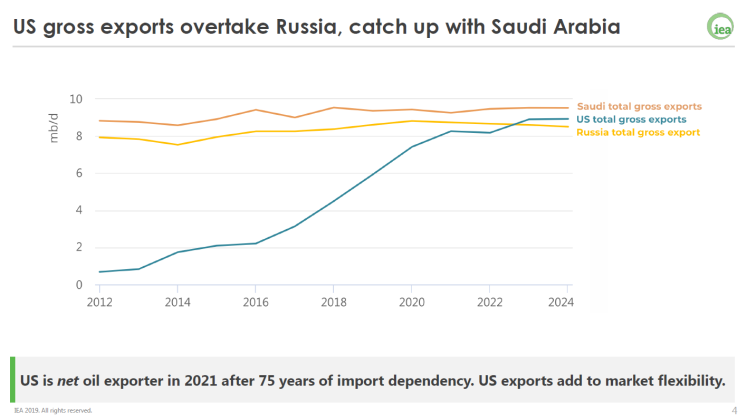 In 2019 a few significant events developed or continued to play out that shape our view of 2020 and beyond. Here are ten observations.

Since writing about the structural decline in oil’s volatility in 2017, our central thesis of this balance of forces between OPEC’s massive swing production and American shale’s fast response time has borne out, resulting in the compressed commodity cycle and relatively tight price range. To the extent that an estimated 1 million bbl/d of new oil from Norway and Brazil coming onstream next year, it is more or less a one-time event. Would anything be fundamentally different in 2020? Not unless you count the slight shift of power back into the hands of OPEC. With a fair balance between sheiks vs shale, it is hard to see prices make a big move either way. However, the nagging threat of a recession could mean there is an asymmetric setup for a downside move.

Opinions expressed in this document are for general informational purposes only and are not to be construed as an offer, recommendation, solicitation, or investment advice. Kronos Management makes no representation or warranty relating to any information herein, which is derived from independent sources. Trading commodities bears substantial risk of loss, and is not suitable for all investors. Please consider your financial condition prior to investing with Kronos. For further details regarding the risk of trading with Kronos, refer to the Disclosure Document.